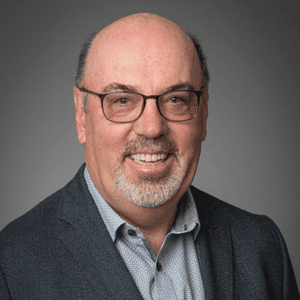 Dr. Peach has over 25 years of drug discovery and development experience in the pharmaceutical and biotechnology industry. In 2009, he co-founded Receptos, becoming Chief Scientific Officer and raised approximately $59 million in venture capital and approximately $800 million in an IPO and three subsequent follow-on offerings. In August 2015, Receptos was acquired by Celgene for $7.8 billion. Dr. Peach has also held senior executive and scientific positions in other companies, including Apoptos, Biogen Idec, IDEC and Bristol-Myers Squibb, supporting in-licensing, acquisition and venture investments. His extensive drug discovery and development experience in autoimmune and inflammatory diseases and cancer has resulted in multiple drugs entering clinical trials and three registered drugs. He currently serves on the Board of Directors of Amplia Therapeutics, AdAlta and Avalia Immunotherapies and has been a consultant for several other biotechnology companies. Dr. Peach is the co-author of 76 scientific publications and book chapters, and 26 patents. Dr. Peach earned his BS and MS (1st class honors) from the University of Canterbury and a Ph.D. in Biochemistry from the University of Otago, New Zealand.

This website uses cookies to improve your experience. We'll assume you're ok with this, but you can opt-out if you wish.

We may request cookies to be set on your device. We use cookies to let us know when you visit our websites, how you interact with us, to enrich your user experience, and to customize your relationship with our website.

Click on the different category headings to find out more. You can also change some of your preferences. Note that blocking some types of cookies may impact your experience on our websites and the services we are able to offer.

These cookies are strictly necessary to provide you with services available through our website and to use some of its features.

Because these cookies are strictly necessary to deliver the website, you cannot refuse them without impacting how our site functions. You can block or delete them by changing your browser settings and force blocking all cookies on this website.

These cookies collect information that is used either in aggregate form to help us understand how our website is being used or how effective our marketing campaigns are, or to help us customize our website and application for you in order to enhance your experience.

If you do not want that we track your visist to our site you can disable tracking in your browser here:

We also use different external services like Google Webfonts, Google Maps and external Video providers. Since these providers may collect personal data like your IP address we allow you to block them here. Please be aware that this might heavily reduce the functionality and appearance of our site. Changes will take effect once you reload the page.